Investing in the cryptocurrency market space is often complex especially for the traditional investors. This is because investing directly in Cryptocurrency requires the use of new technologies, tools and adopting some new concepts.

If you decide to dip your toes in the CryptoCurrency world, you will need to have a clear picture of what to do and what to expect.

Be it Bitcoin, Litecoin, Ethereum or any of the 1300 tokens, buying and selling cryptocurrencies require you to choose an Exchange that deals in the products you want.

Being the most famous decentralized cryptocurrency, Bitcoin leads the crypto space so dominantly that the terms crypto and bitcoin are sometimes used interchangeably. However, the matter of fact is that there are other cryptocurrencies as well that can be relied upon for making crypto-investments.

Litecoin, also referred to as ‘silver to Bitcoin’s gold’ is an open-source decentralized payment network that functions without involving an intermediary.

How does Litecoin vary from Bitcoin? Well, both are similar in many ways, however the block generation of Litecoin is much faster than that of Bitcoin. This is making the investors around the world open to accept Litecoin.

Charlie Lee, a former engineer at Google founded Litecoin in 2011. Though Litecoin does not have the anonymity technology of Bitcoin, recent reports have shown that Litecoin is preferred after bitcoin because of its persistence. Another factor that favours Litecoin is the Bitcoin SegWit technology that means secure peer-to-peer trading of currencies without involving exchange participation.

Launched in the year 2015, Ethereum is a decentralized software platform that enables distributed applications and smart contracts to function without third party interference. The currency is the ether that is like an accelerator within the ethereum platform. In the leading cryptocurrencies space, Ethereum. is the second most preferred choice after Bitcoin.

Zcash gained attention in the latter part of 2016 and focuses on solving the problem of anonymous transactions. To understand the currency, let’s take it as “if bitcoin is like HTTP for money, Zcash is HTTPS”.

The currency offers the choice of the shielded transaction to maintain the transparency, privacy and security of transactions. This means the investors can transfer data in the form of encrypted code.

Originally known as darkcoin, Dash is a more selective version of bitcoin. It was launched in January 2014 by Evan Duffield with the name Xcoin. It is also known as the Decentralized Autonomous Organization or simply DAO. The coin was meant to eradicate all the prevailing limitations of Bitcoin. Currently, Bitcoin has earned a substantial position in the space of cryptocurrencies.

The alternative to virtual currency that promises secured and anonymous transactions through peer-to-peer networking is cryptocurrency. The key to making a lot of money is to make the right investment at the right moment. In comparison to making the everyday money, cryptocurrency models function without involving any middle man as a decentralized digital mechanism. In this distributed cryptocurrency mechanism, the continuous activity is issued, managed and endorsed by the community peer network. The cryptocurrency is known for its speedy transactions over any other mode such as digital wallets and other mediums.

In addition to the above discussed, other top cryptocurrencies include Monero (XMR), Bitcoin Cash (BCH). EOS and Ripple (XRP).

Although bitcoin is the trend setter and is leading the race, other currencies have also made their significant position and are growing in preference each day. Considering the trend, the other cryptos will have a long way to stay and might soon give Bitcoin a real tough time to maintain its position.

If you have decided to make a speculative investment in this disruptive technology, and want to have all current and future recommendations, connect with “The Top Coins”. 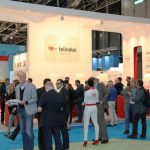