Cyber forensics is studied as part of the digital forensic science subject. It pertains to the legal evidence lying in the digital storage media and the cyber space. Since the advent of digital age, the need to have cyber professionals has grown exponentially. It has basically resulted from the internet explosion in India that was witnessed recently owing to e-governance, e-banking, e-commerce and social media.

The demand for the course of B. Tech. Computer Science with Cyber Security and Forensics was triggered with continuous attacks on social media and its misuse. So, there was a cyber terrorism threat to the internet security of our country which it was not properly equipped to handle. After this threat started to impact the national security, the Indian government passed a resolution to have its cyber protection architecture in place at the national level.

The policy was proposed in 2011 seeking to protect the national assets from cyber-attacks and offering protection to the information of citizens. It was also directed at strengthening team dealing with Computer Emergency Response to audit, protect and spread awareness about the issue along with encouraging open standards. It is estimated that by the end of 2015, India may need about five lakh experts in to handle its cyber security to support the growing internet economy.

The financial sector itself is going to hire about two lakh people including those working for oil and gas, power, utility, airlines, telcos and government. So, the government is looking forward to hiring such professionals for its e-governance and law and order departments. The massive hiring is expected as the Indian information security market continues to see an upward trend despite an economic slowdown.

Topics to be Covered

Therefore, a B. Tech. degree in computer science with specialisation in cyber security and forensics is soon to be introduced by many universities in India. As there was a need to have a curriculum for information protection, the head of departments introduced the course in their respective institutions to meet the talent demand. They started teaching subjects including environmental studies, introduction to open source software and open standards, HTML programming, mathematical logic, data structures using C and engineering graphics.

In addition, papers like computer systems architecture, information security fundamentals, design and analysis of algorithms, database management systems and data modelling with electronic devices and circuits were added. Also, subjects, such as microprocessors and embedded systems, storage technology foundation, philosophy of science and theory of automata and computation were taught as part of this discipline.

There were more topics added into this discipline as they were relevant in the modern day virtual world.

https://digitalcyberpro.com/career-in-computer-science-with-cyber-security-and-forensics/https://digitalcyberpro.com/wp-content/uploads/2016/09/Cyber-Security-1024x708.jpghttps://digitalcyberpro.com/wp-content/uploads/2016/09/Cyber-Security-150x150.jpg2016-11-12T15:43:55+00:00cyberproscyberpro
Cyber forensics is studied as part of the digital forensic science subject. It pertains to the legal evidence lying in the digital storage media and the cyber space. Since the advent of digital age, the need to have cyber professionals has grown exponentially. It has basically resulted from the...
cyberpros videoresultsnow@gmail.comAdministratorDigital Cyber Pro 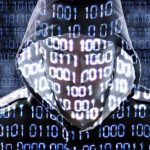 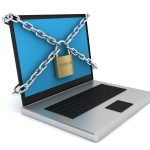